Our guest bathroom isn't the biggest bathroom in the world, but it's functional and has had a bit more botox since we last checked in on progress, here.  Not a full facelift, but definitely some botox.

This is a look at the before, floral shower curtain and all. 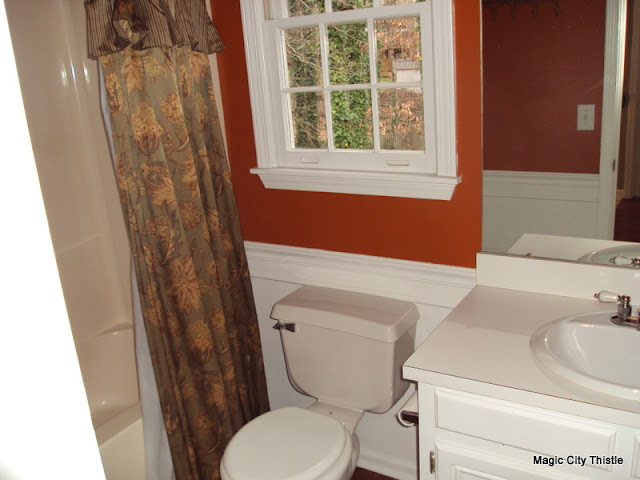 The view from the door (a window covering is high on the 2013 "to do" list).  We quickly painted over the orange and changed out the shower curtain for a white waffle. 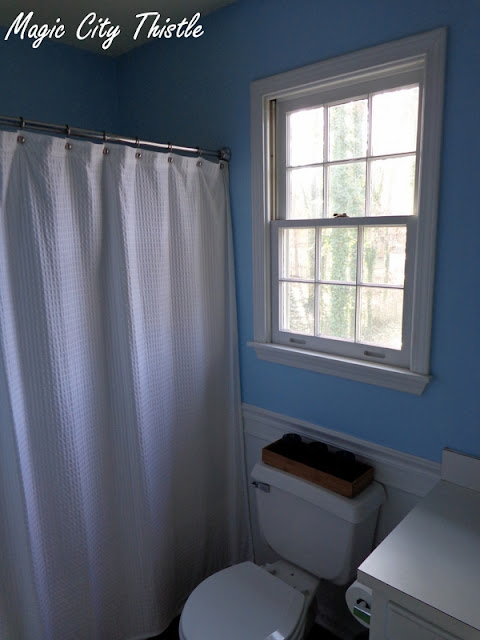 We were lucky that the vanity was already white, so we just had to change out the hardware. 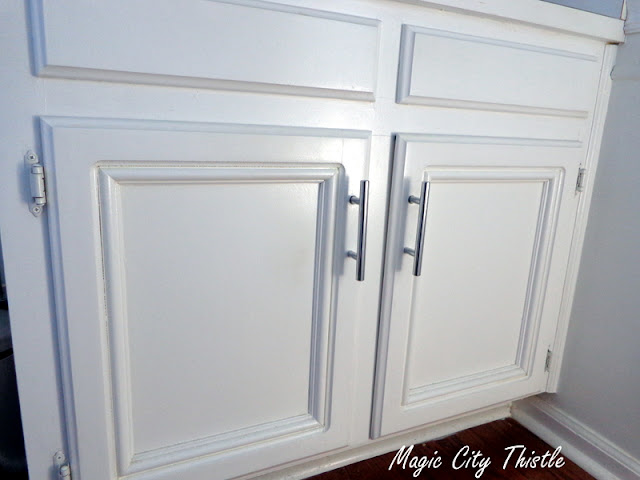 We took down the builder basic, no frame, mirror and added a new light fixture.  All quick easy fixes that make the space look much more modern. 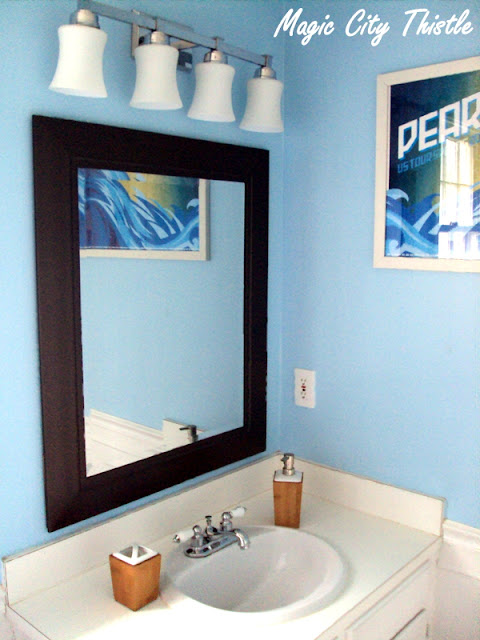 A closer look at the new light fixture from Lowes.  The mirror is a dark grey (it looks a bit brown in this pic) from TJ Maxx. 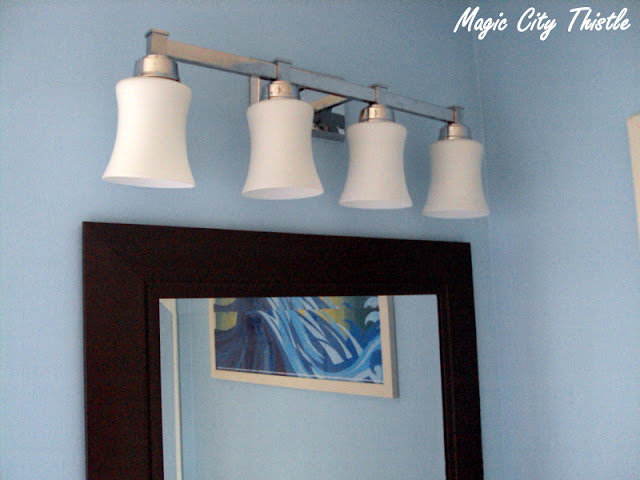 The hubby has been holding on to this Pearl Jam pic since 2006, so it was time to frame it up: 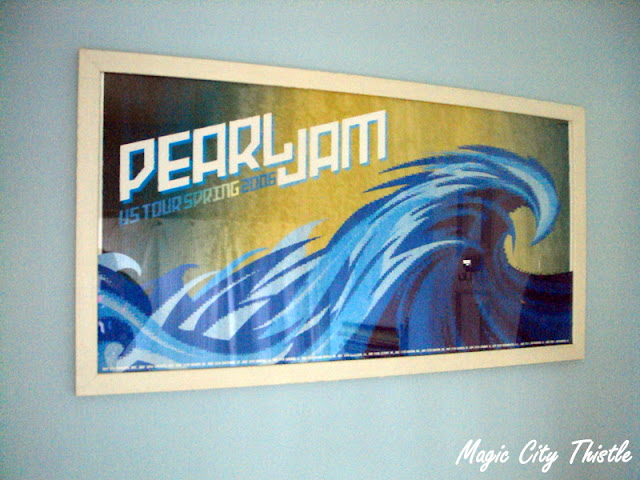 And a nice Ikea Grundtal towel bar to finish the look: 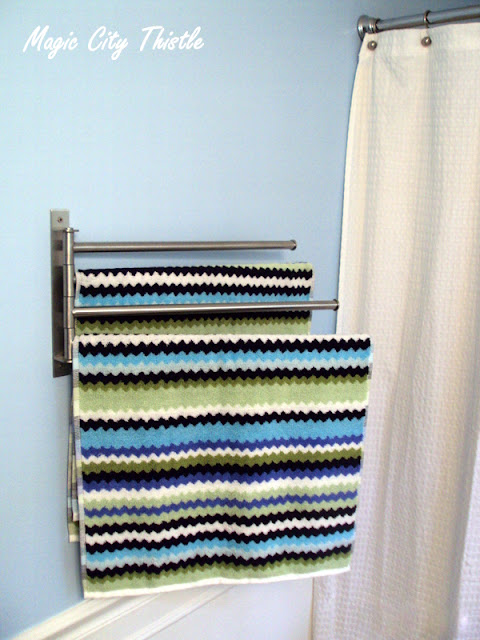