Let's take a look at three common window coverings that are often lumped together--shutters, blinds, and shades--and discover what they are, and how they differ. 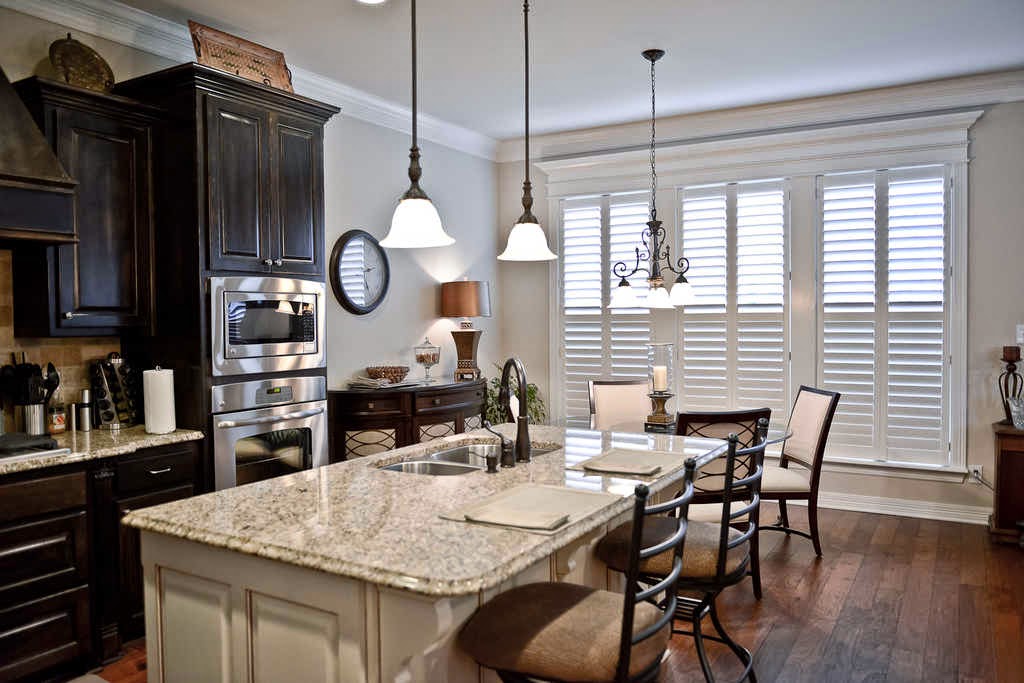 Often one will hear shutters called Plantation shutters since they were used extensively in Colonial islands like Jamaica. They are quite practical in tropical areas since they provide shade from glaring sun but the louvers can be tilted, usually on a central rod, to allow air to circulate. in interiors, they can signal an exotic, lush design scheme.

But the problem with shutters--and a complaint I hear most from clients who may have inherited shutters as window coverings from a previous owner--is that they can be overwhelming and make a space feel gloomy. When used on a large expanse, they tend to feel heavy, clunky... 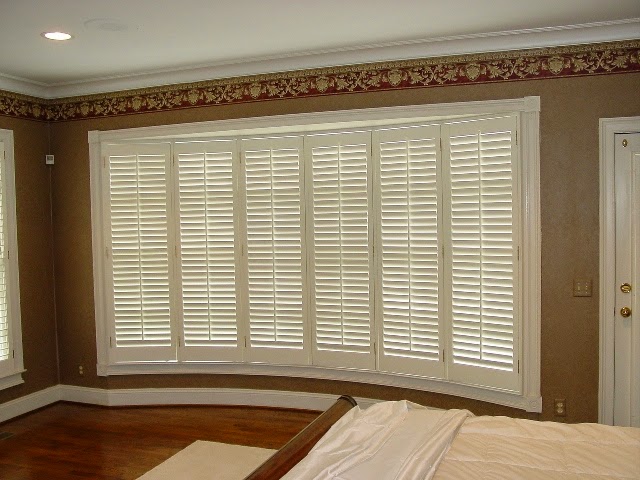 In this application, it is simply a missed opportunity to layer window coverings which can introduce more color and texture into the space (we will see examples of this later in the post). And unlike most shades, blinds, or even draperies, shutters are fixed to the entire window. They cannot be stacked back or moved off the glass to allow more light or view. Whether they are built to sit inside the casing, or must be boxed and mounted outside the casing, they are bulky and cumbersome to open. Honestly, I have only ever had clients remove shutters, not install them, not only for the aforementioned reasons, but because the look is now quite dated.

BLINDS
Blinds offer a bit more flexibility. A blind is a series of slats made of metal, wood, or a composite material. They can be pulled up tight against the top of the casing, allowing for a fairly unimpeded view and like shutters, the slats can also be tilted to control light. It might just be me, but blinds make me flash on classic noir films from the 1930s and 40s. 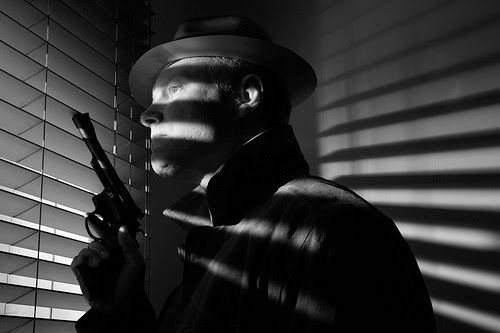 And blinds can still have a cool, urban feeling. They play well in city lofts... 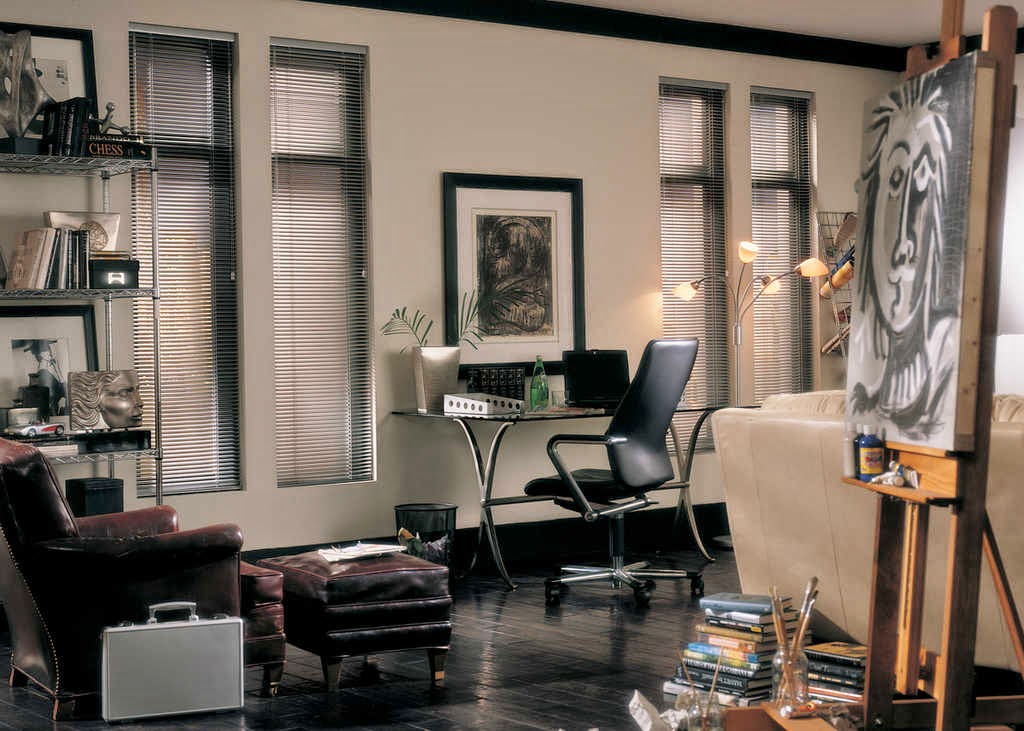 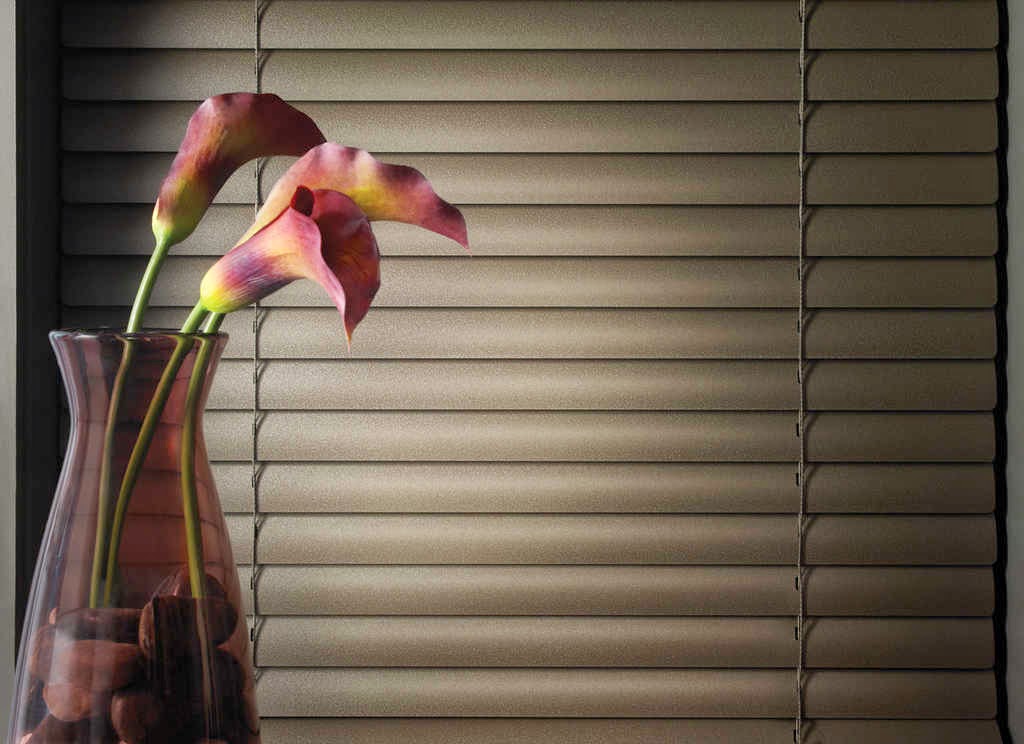 ...but wood or composite versions can look nice anywhere. 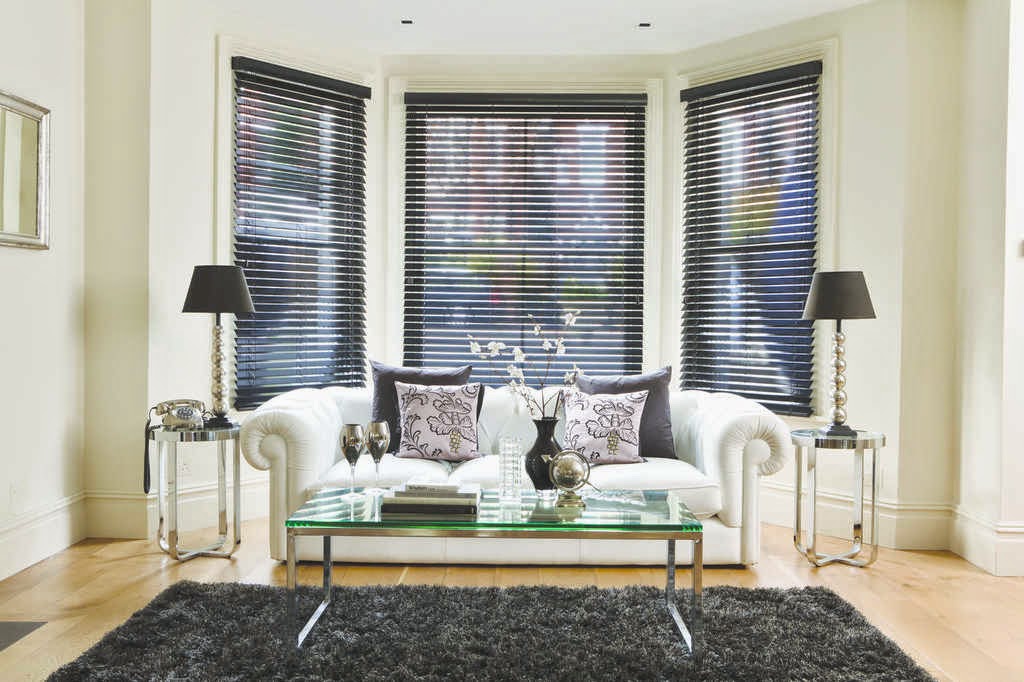 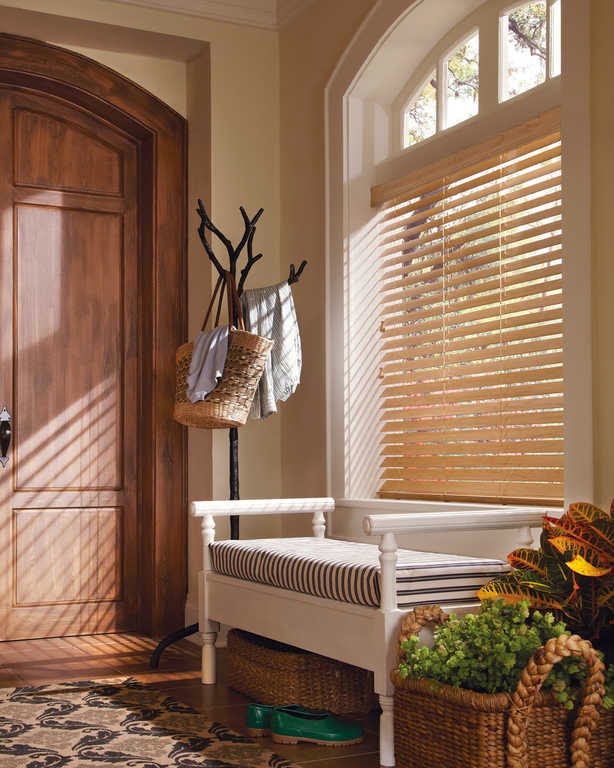 An optional decorative feature on blinds is the addition of fabric "tape" which can come in any color or pattern.

The look can have a rich, Old World feel. 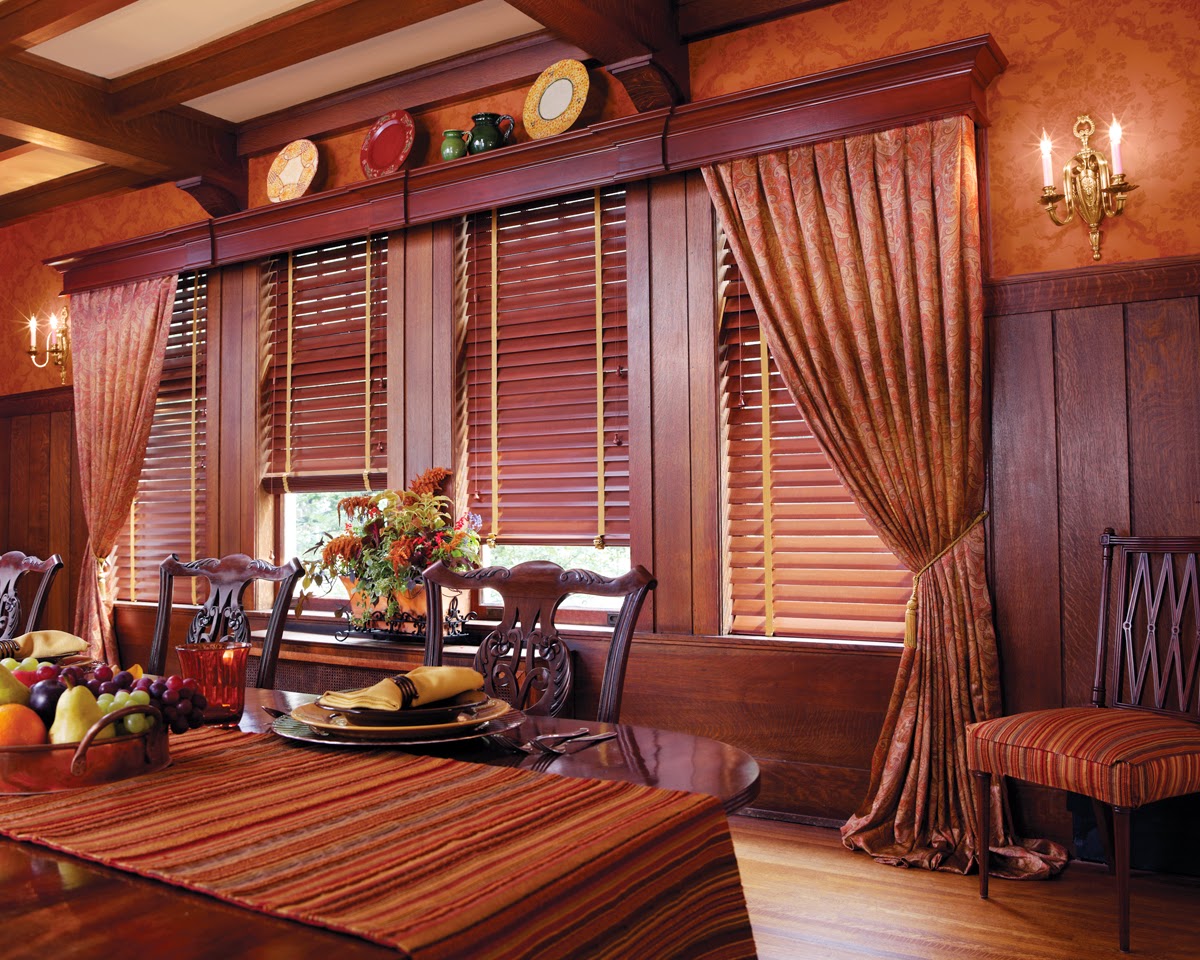 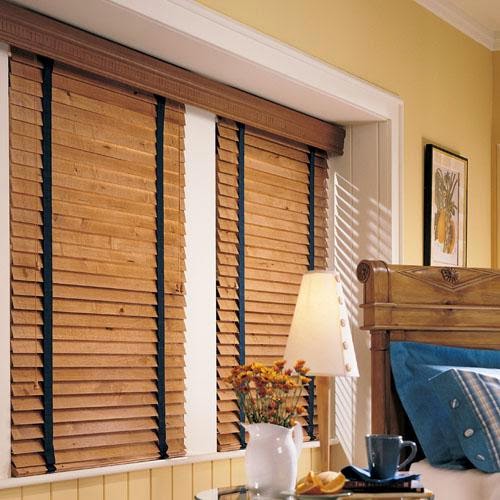 SHADES
A shade is generally a solid material that raises and lowers in front of the window. The typical shade most of us grew up with is the spring roller shade, which is a tube at the top of the casing on which the material rolls when open. Because of this, it is preferable for the roller mechanism to be hidden behind a fascia of some kind. 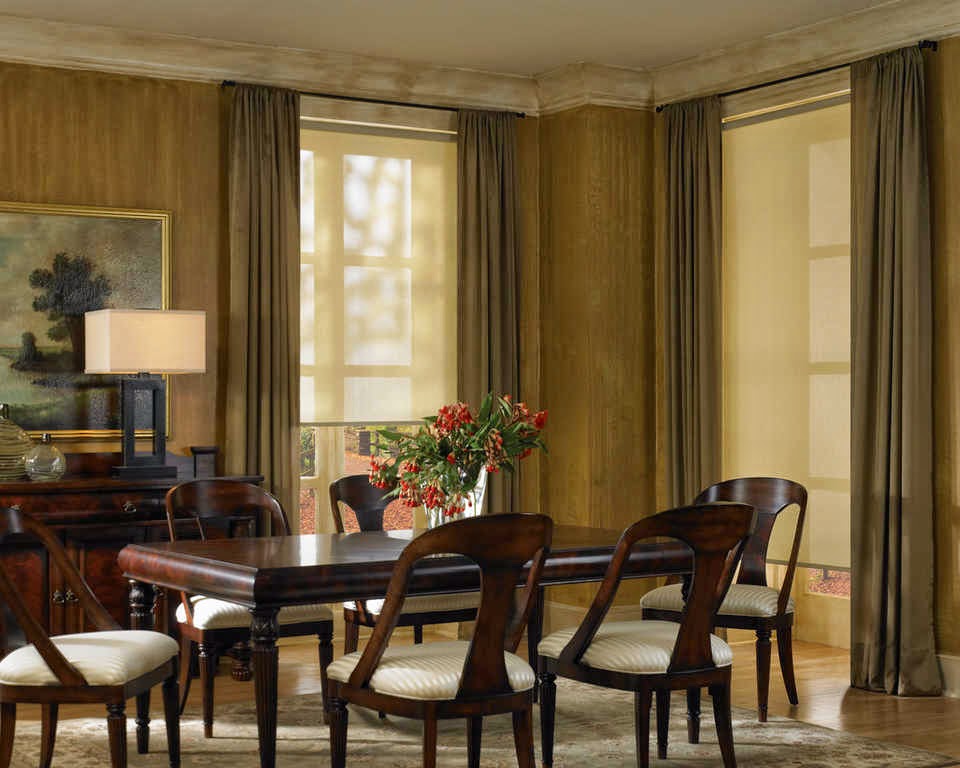 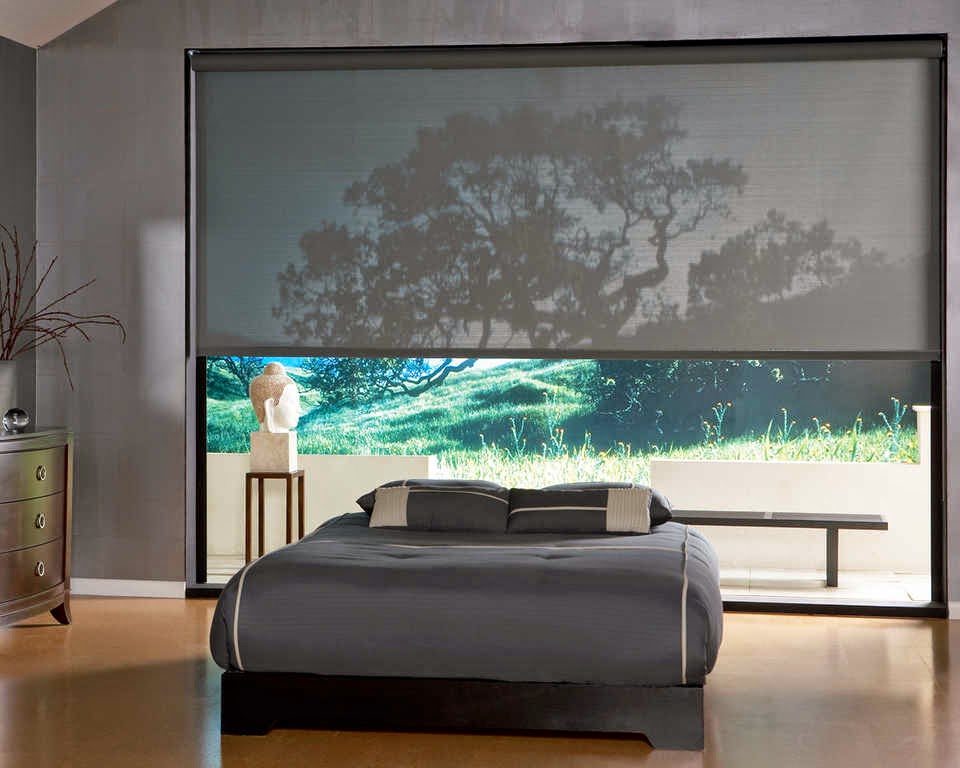 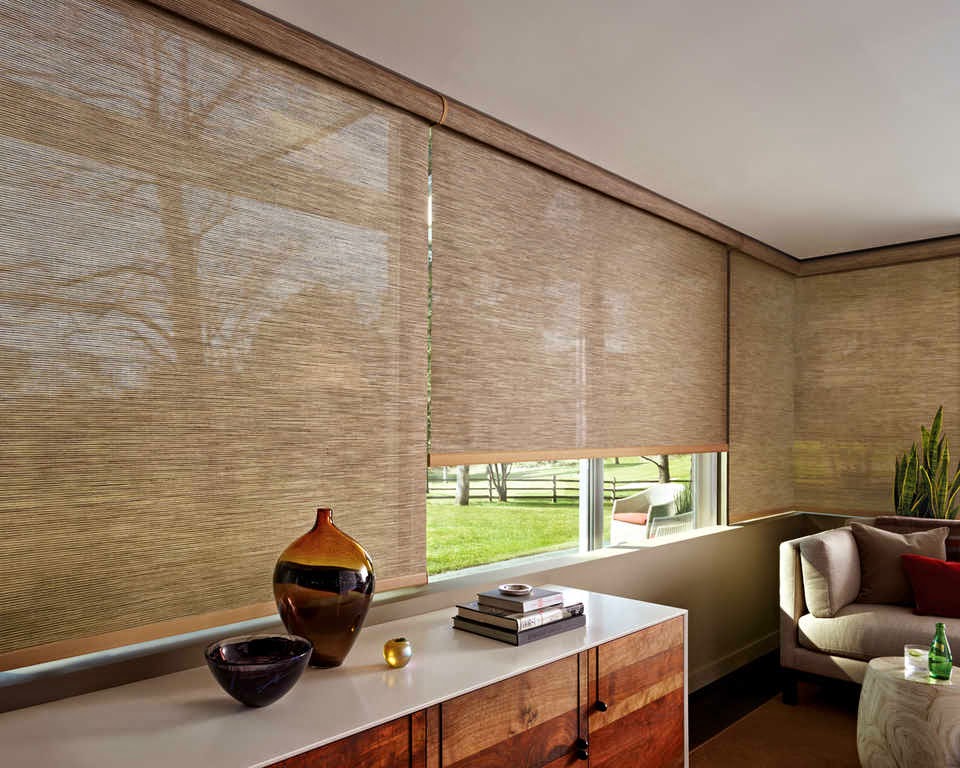 Now shades come with a top down/bottom up feature that allows for more precise control, not only for light but for privacy as well. As you can see in the image below, this privacy control is very useful in a bathroom! 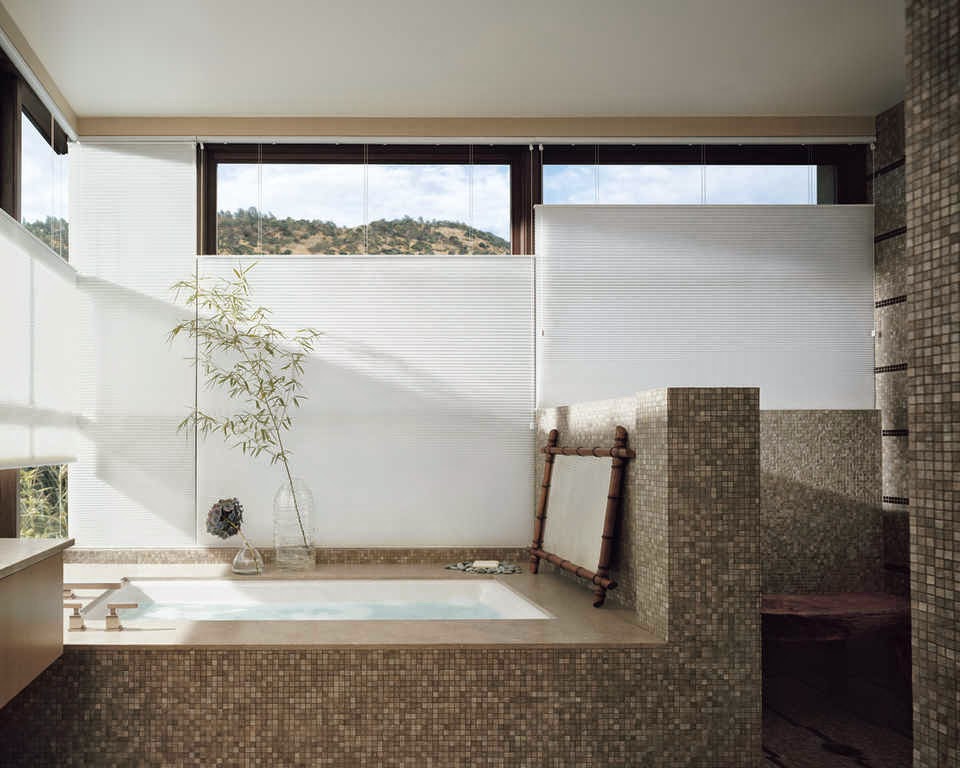 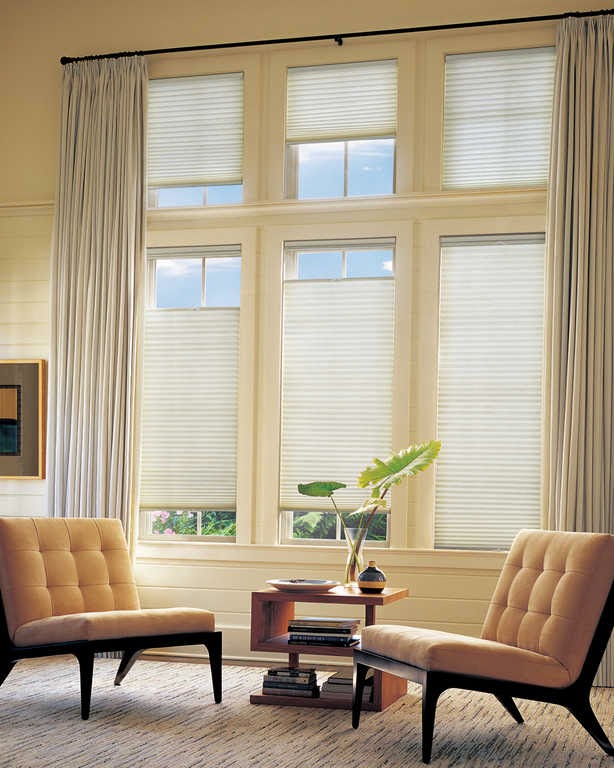 Bamboo shades are perfect for introducing additional color and texture, and a warm, organic feel into a space. They are marvelous when layered under fabric drapes. This layering gives rooms a more finished look since the fabric drapery offers a softening element for the space. 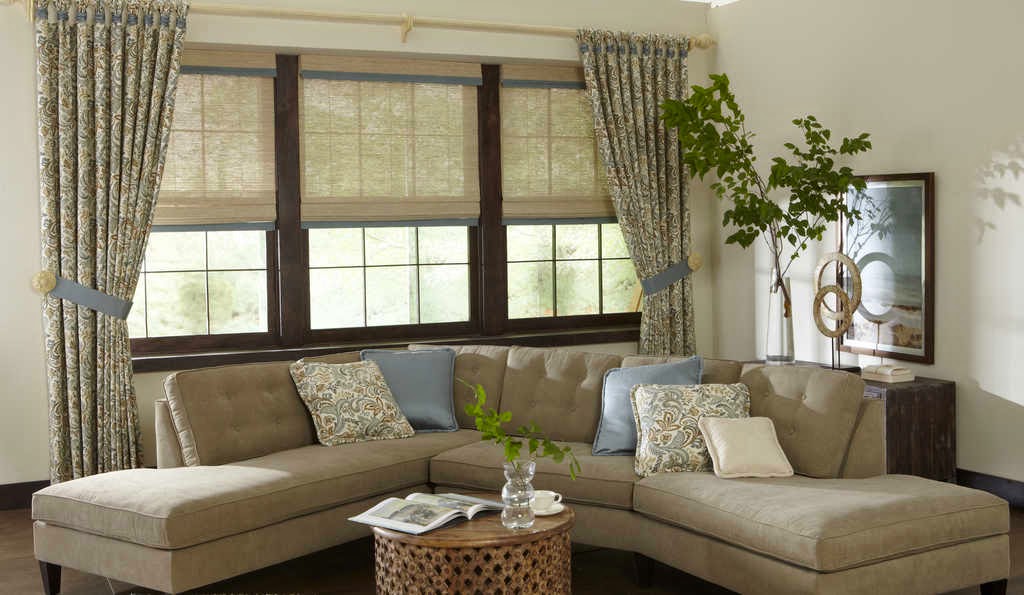 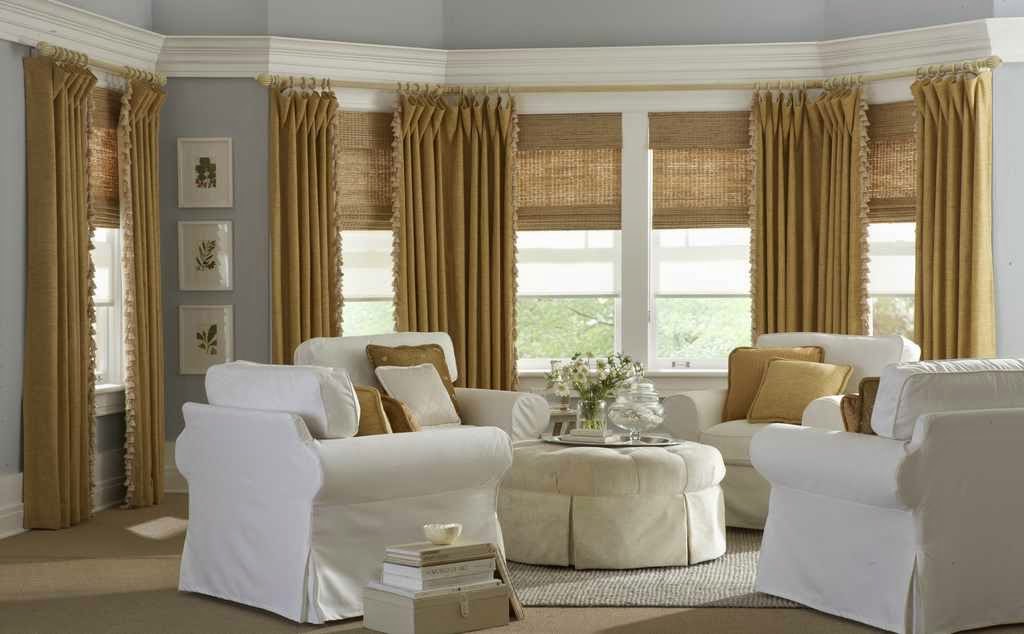 And finally, a very popular variety of shade is the soft Roman shade. This is a flat piece of fabric or material (bamboo can be used as well) which pleats up into itself when raised. The advantage to this shade is that it can act like a drapery (coming in ANY choice of fabric), but have the functionality of a blind. For this reason, they are useful in kitchens where one does not want loose drapery fabric near either a water or a heat source. They can be tucked up out of the way, or lay flat against the glass when down. 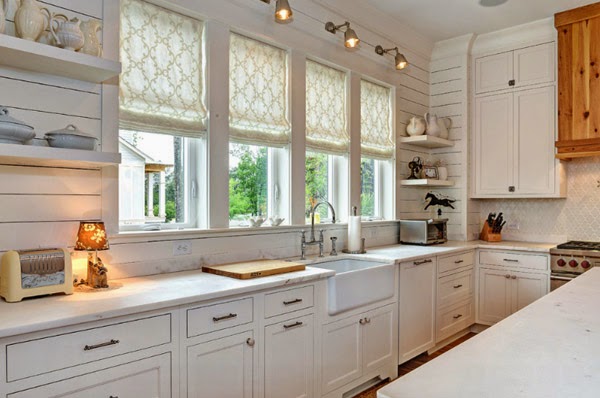 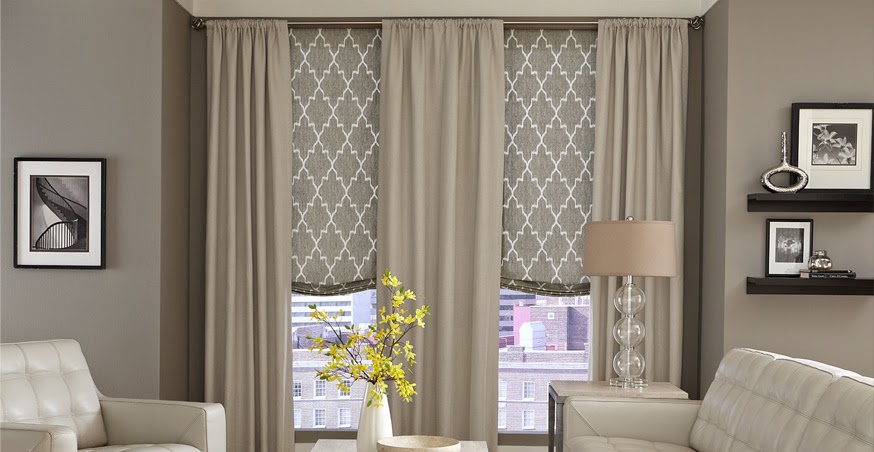 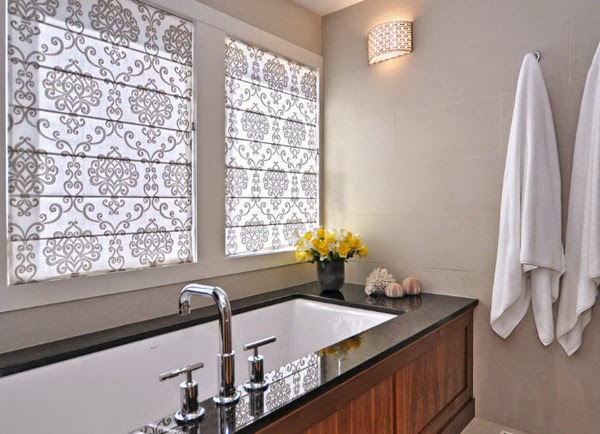 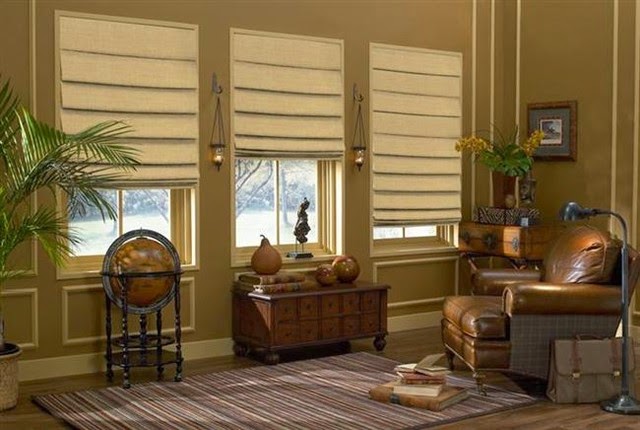 And there we have three popular window covering options. As I said at the top of this post, the world of window coverings is wide and vast. Stay tuned for upcoming posts about draperies and the many ways they can be created.