Updates In The Living Room 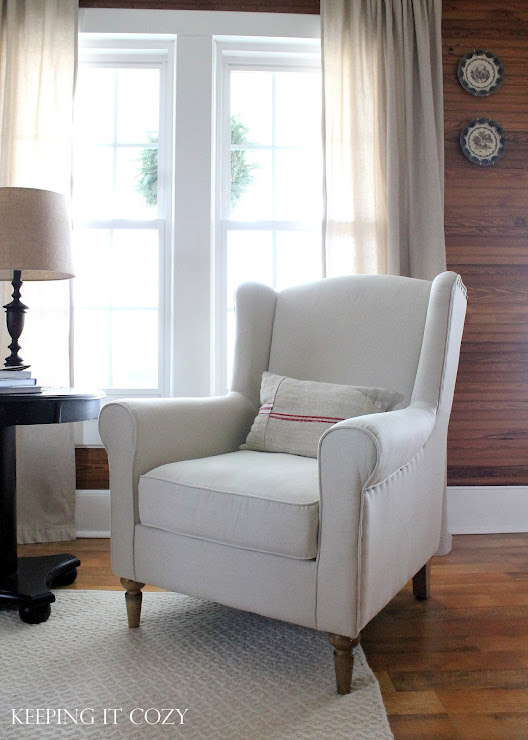 I've been tweaking the living room a bit the past few months, most recently replacing our two bulky club chairs purchased 10 years ago for our previous home with two smaller matching wingback chairs.  I was so excited - and so nervous - with this purchase, but couldn't be happier with the updated look.  (Not to mention the sigh of relief when Justus said he liked the chairs and declared them comfortable.)
The two new chairs are much more proportional with the size of this living room and I love the lighter look.  The room feels much so much larger now, yet still cozy.  The club chairs were moved to other rooms in the house - one in the guest room and the other in the master. 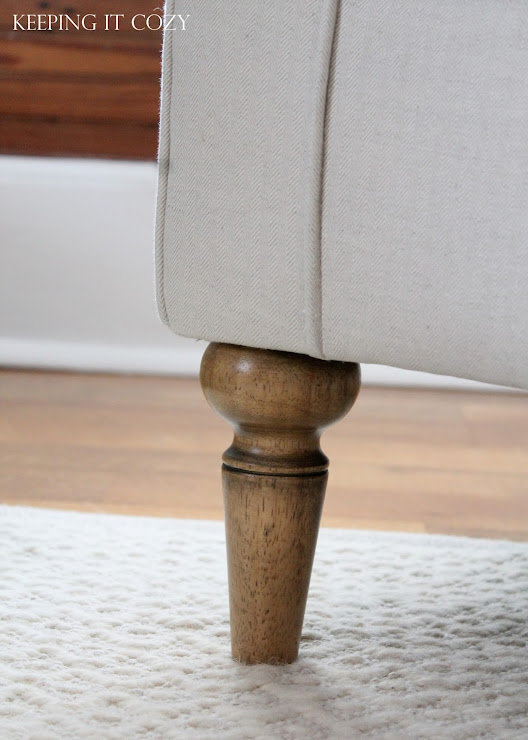 Previously we had a 5x8 wool rug in here and I liked it so much I replaced it with an identical one sized 8x10 this time.  It's nice to have a large soft area for the girls to play, which was the reason for replacing it.  I moved the smaller one in our upstairs office/schoolroom, which was a perfect fit. 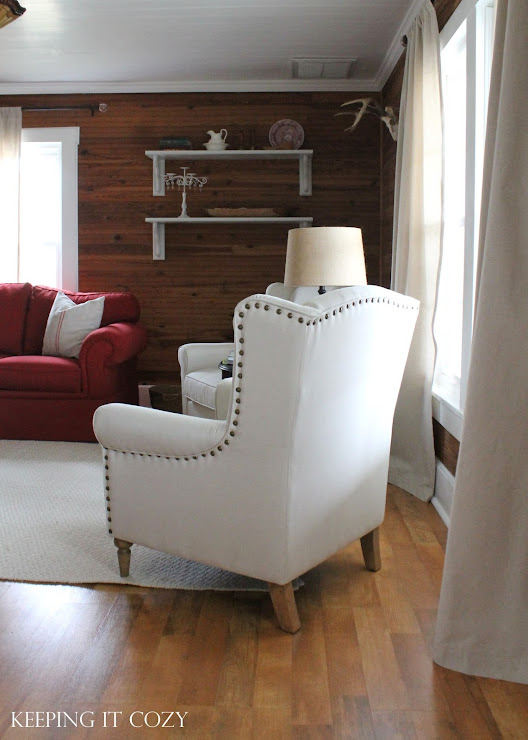 The drapes are also new, although anybody else wouldn't be able to tell.  I purchased this linen to use in the guest room, but ended up liking the nubbier texture better than the linen I previously had in here, so I just swapped the curtains around.  It's taken nearly four years, but I now have curtains sewn for every room in the house (smile).
I hope you're having a wonderful week so far and are staying warm and well!